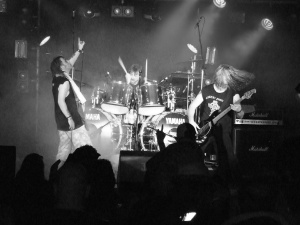 'Light Up The Sky' is full of addictive hooks, catchy melodies that would make anyone instantly pay attention. They stay true to form with their traditional Classic Rock/AOR influences that will have even the hardest Metalhead singing along.

Celtic Pride may be an unknown band at the moment, but are hidden gems and ones not to miss.

Soon, the world be full of ‘The Pride’.

Celtic Pride are one of Wales’ longest running and biggest selling covers acts with renowned band members, who also have an original discography dating back to 1996.